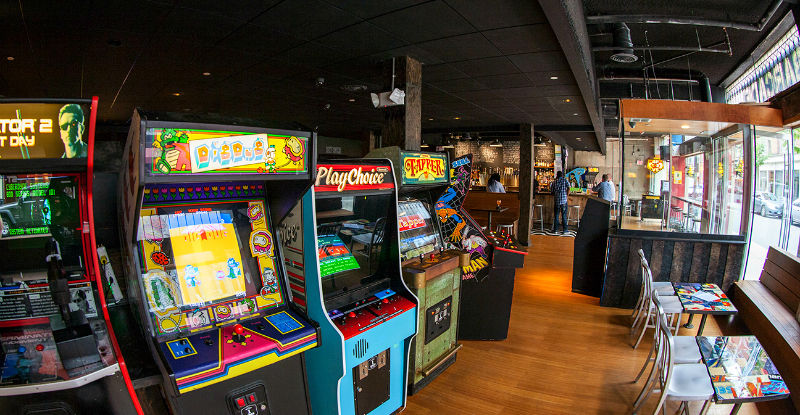 The NYC import finally arrives, two years after announcing they would come to L.A.

Barcade—New York’s best-known arcade bar—finally opens in L.A., making good on an announcement they first made in 2017. The arcade bar concept will open to the public on May 6.

“We have been considering expanding to Los Angeles for a few years, but it took a while to find the right space,” Barcade CEO and co-founder Paul Kermizian said when the lease was first signed. “We considered a number of neighborhoods, but ultimately decided we liked the vibe and community in Highland Park, and felt this was an area in which we could contribute positively and thrive.”

Barcade’s new home was previously occupied for 53 years by the family-run El Arco Iris Mexican restaurant, the first business of the Cocinas y Calaveras group which has grown over the decades to include the Mercado locations and Yxta Cocina in downtown L.A.

Several bar-arcades are already open around L.A. Just down the street from the new Barcade is Walt’s Bar in Eagle Rock, which specializes in pinball machines. Elsewhere, Angelenos can mix nostalgic childhood amusements with adults-only beverages at EightyTwo in the Arts District, Button Mash in Echo Park, and Mission Control in Santa Ana. (Just don’t call any of those places a “barcade”—since a 2007 legal dispute, only Barcade can use that trademarked term, and they’re quick to defend it.)

Typically Barcade will be strictly 21 and up, but if you want to teach children about what it was like when video games were played on large, stationary machines rather than tiny pocket computers, there will be a one-time family day on May 12, from noon to 5 p.m.