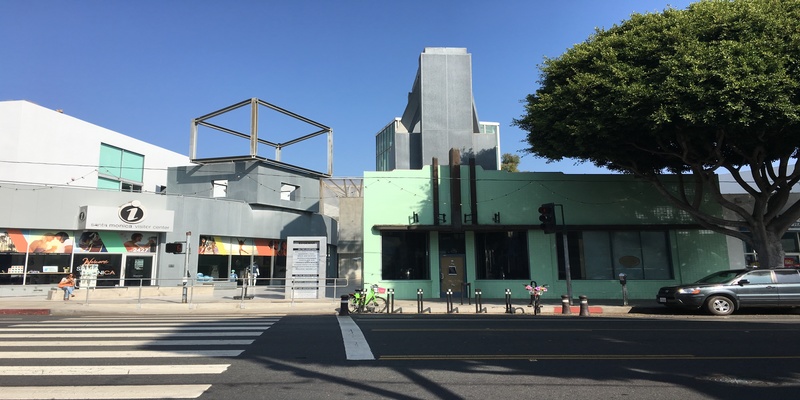 More than a month after Peet’s Coffee abruptly shuttered its location at 2439 Main Street, Ocean Park neighbors will likely welcome the news a new coffee shop is finally replacing the busy location known for hosting coffee with a cop and dozens of daily business meetings and get-togethers.

The cozy feel of the Berkeley-based coffee chain will make way for the next phase of Porto filters: Blue Bottle Coffee. With its emphasis on the individual cup, Blue Bottle’s locations can sometimes look more like latte laboratories than a cozy place to escape June gloom June gloom.

Named after one of the first coffee houses in 17th century Vienna, Austria, Blue Bottle is known for roasting just six pounds of beans at a time and actually started in Oakland as a home delivery service. It has since morphed into a major player in the highbrow barista battle for the best hipster coffee. Over the past few years, its CEO James Freeman has ushered in a period of rapid expansion, raising $120 million from investors. Last September, the world’s largest food and beverage company, Nestle, acquired a majority stake in the company.

The roaster now lists twelve Los Angeles area locations on its website, including nearby Abbot Kinney, Brentwood Town Center and Playa Vista. The company did not respond to the Daily Press’ request for comment on the new location. Peering through the front window, there is little sign at Edgemar the change is on the way but the landlord confirmed to the Daily Press Blue Bottle has signed a lease.
More than ten years after a self-described coffee geek from Northern California coined the term “third wave” to describe espresso houses roasting their own beans and brewing artisanal cups of coffee, the wave feels more like a tsunami. Other national third-wave brands staking their claim on the west side of Los Angeles include San Francisco’s beloved Philz on Santa Monica Blvd and Chicago-based Intelligentsia on Abbot Kinney. The story goes like this: the first wave brought Folgers to every house, the second wave put a Starbucks on every corner (there are 21 locations in Santa Monica’s eight square miles) and the third wave shifted the focus back to the beans and away from sugar, whipped cream, syrups and whatever else goes into a Frappuccino.
With the addition of Blue Bottle, Main Street visitors can now walk to about every kind of specialty coffee they can dream up. There’s organic roaster Groundwork Coffee Co., butter-saturated Bulletproof, family-owned Amelia’s, surfer spot Dogtown and local gem Espresso Cielo (which recently expanded to a second location downtown), among others.
Blue Bottle will round out Edgemar, the mixed-use shopping center designed by Frank Gehry in 1988.
“We’re thrilled,” said Hunter Hall, the new executive director of the Main Street Business Improvement Association. “Blue Bottle is a great brand.”
A Bulletproof coffee drinker himself, Hall says other high-end chains including restaurants and retail shops are looking to move to Main Street.
“Just the natural churn has left some vacancies but it’s an opportunity for premium brands who haven’t been able to get a foothold in the space have an opportunity,” Hall said, adding he can’t disclose which companies until leases are officially signed. “It could change the dynamic of the street.”
Regardless of the brands, with so much coffee saturating the street it’s practically guaranteed shoppers will be buzzing.
Source: Santa Monica Daily Press