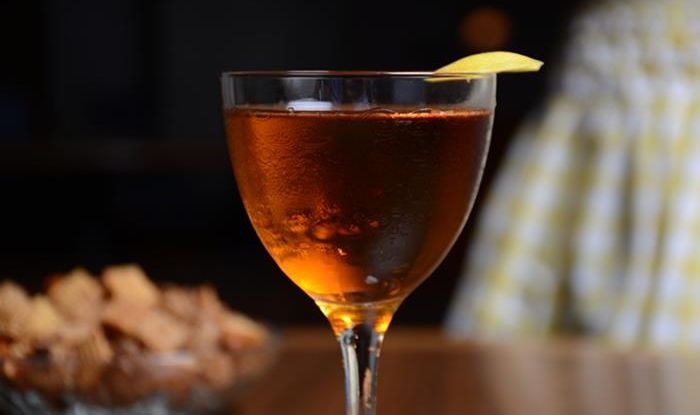 Birds and Bees Brings L.A. Back to Its Cocktail Golden Era

If you haven’t heard the buzz, Birds & Bees is kind of a big deal. Not just because it serves classic cocktails in a dim, Don Draper–esque den that transports you to the 1950s. Not even because it’s another signifier of downtown L.A.’s culinary renaissance, or because it has a hidden, underground entrance in a random parking lot that makes you feel cool for knowing about it. All these things are true, but what’s really remarkable is how faithfully it synthesizes L.A.’s 1940s and ’50s cocktail history with contemporary tastes. The post-Prohibition era saw the best of tiki trends mixed with classic cocktails, all livened with fresh juices and homemade tinctures, and Birds & Bees increases the nostalgia factor with the addition of vermouth, brandy and sherry. 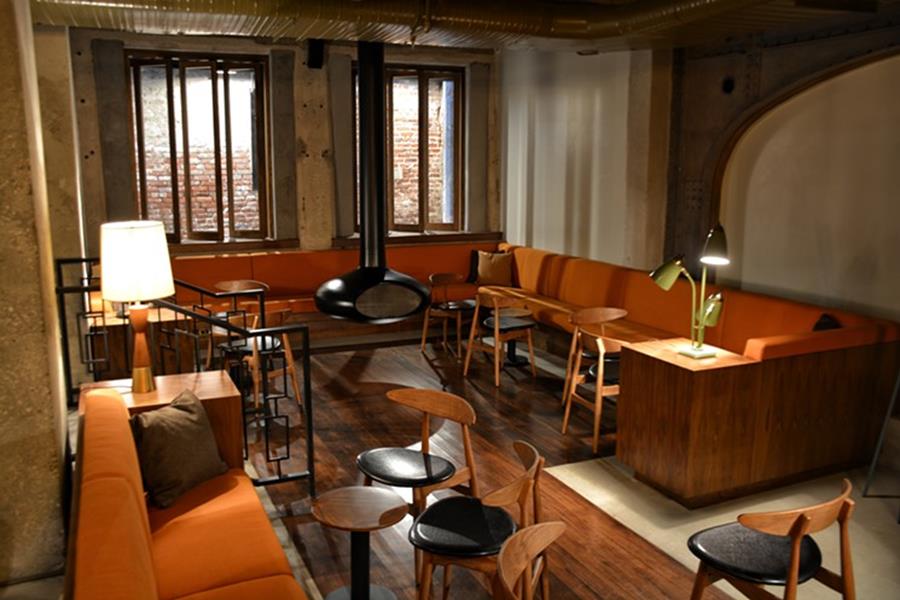 The sunlit interior of Birds & Bees; the evening ambiance is even more intimate.

Tello did away with the egg white that usually permeates whiskey sours, and instead blanketed the drink with aerated matcha foam. “I wanted it to soften the drinking experience,” he says. He then added lemon and honey to flesh out the tea concept. Though it looks like a beach drink, his inspiration for it was actually green tea, as he discovered that it’s the first documented whiskey mixer, from the 1700s. The result is a slightly bitter, subtly granular matcha that perfectly complements the smooth sweetness of the underlying bourbon. 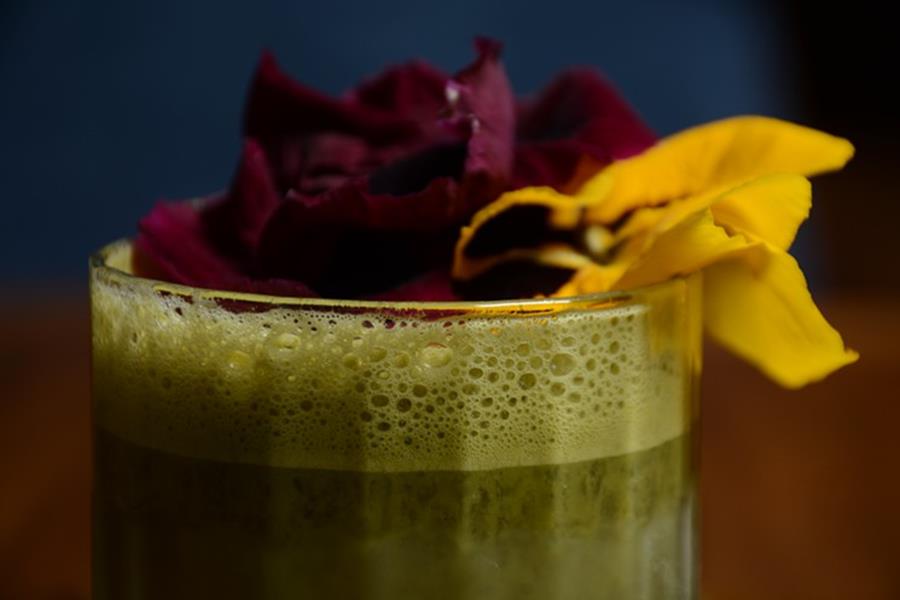 Tello calls the drink program “midcentury modern. It’s not just strong and stirred drinks, it’s not just tiki, it’s not just sours,” he explains. “It’s really a culmination of all these styles that characterized the ’50s.” The Doris Day, for context, is probably the most ornate beverage on the menu.

To be clear, this is more than a vague nostalgia or Mad Men fandom. It’s about the mid-1900s as a high point in drinking culture. “As we fully came out of Prohibition by the ’40s, L.A. had some great bars,” Tello says.

By the ’50s, things were really in full swing. The ’60s and ’70s, by contrast, soon would signal the dark ages of cocktail history, when military-grade preservatives, citric acid and powdered mixes would dominate the fresh juices and infusions that had come before. “It was the high and the healthy boom. LSD and kombucha, you know what I mean? Drinks became mere alcohol delivery vehicles instead of culinary expressions,” Tello says. 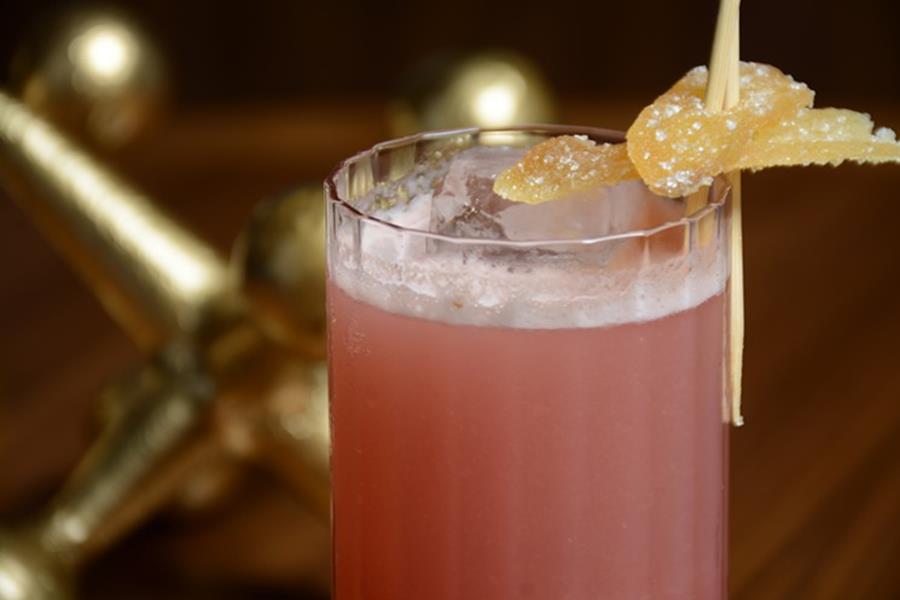 It’s also when Los Angeles became the nexus of tiki culture. This was thanks to Donn Beach, who, after sailing the South Pacific (or so he claimed), opened Don’s Beachcomber bar in Hollywood in 1933. It appropriated what he knew of Polynesian culture while using rum and juice and other fresh ingredients to great effect. Beach’s work in tiki was rivaled only by competitor Victor Bergeron Jr. (Trader Vic), whose El Diablo cocktail may have been one of the first Stateside cocktails to feature tequila. It’s still a “cornerstone of the tequila canon,” says Tello, and you can find it on his menu. Though we think of tiki as self-consciously kitsch, back then it was a chic, black-tie affair that was pushing the envelope of global cuisine. Beach’s bar became a hot Hollywood hangout, with regulars including Charlie Chaplin, Greta Garbo and the Marx Brothers. This complexity of tiki – high-profile yet relaxed, classy yet convivial – inspired Tello and Ham.

We see this playful restraint in Ham’s dirty martini, the Ella Fitzgerald, reimagined with pickle juice instead of olive brine. It’s a conspicuously feminine name for an iconically masculine drink that was heavily plugged by Hemingway and James Bond. Inspired by her father’s love of jazz, Ham named the drink to allude to Fitzgerald’s propensity to “do things her own way,” and shake things up a little. 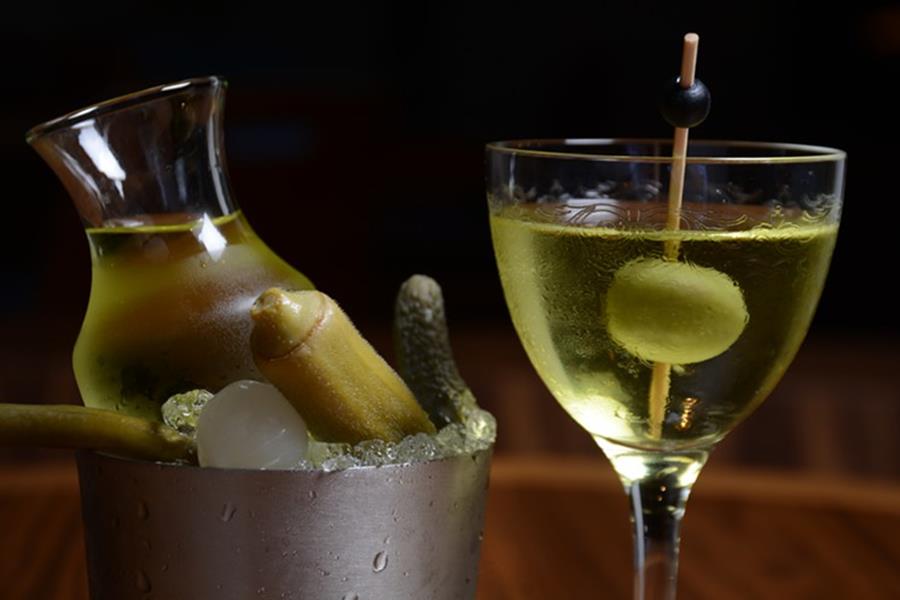 Also, she’s obsessed with pickle juice. Though mixing it with spirits isn’t a novel concept, it’s a strong one – especially when executed with gin, vermouth and a dry Fino sherry. The salty, tart concoction is surprisingly silky. It comes with pickled garnishes, of which the crunchy cornichons are standouts. The drink is ideal for those who love the idea of a martini but can’t handle straight gin. 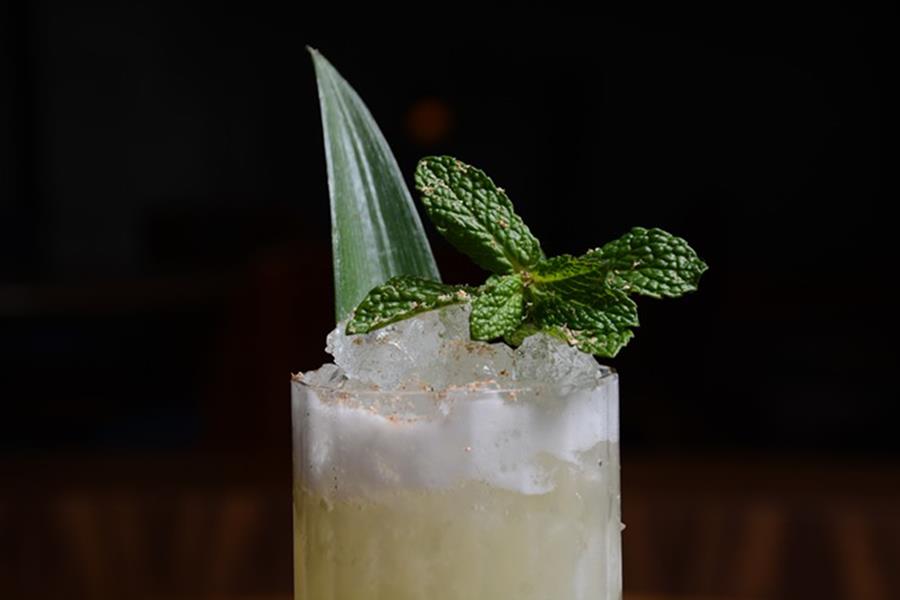 Other drinks include the Chocolate Soldier, which was popularized Stateside after being discovered in South America. It’s emblematic of the midcentury romantic notions of “the exotic,” Tello says.

“It was a hard time for America. People needed an escape. And so these escapist bars started popping up all over L.A.” (Sound familiar?) The concept was actually conceived earlier in Hollywood, when successful talkies bloated the city with wealth. “You had all this new money in town, and people needed new places to go,” Tello says. “So they started building bars that looked like you were all over the world.” Cue Chateau Marmont, built in 1929. This Baudrillardian simulation — a deliberately constructed, sometimes fuzzy reality – is still very much a part of L.A.’s ethos.

Birds & Bees’s hidden entrance is a nod to that legacy of escapism, Tello says.

Clearly, his knowledge of cocktails and history runs deep. Over the past two decades, he’s worked with industry heavyweights such as Sasha Petraske, who kicked off America’s speakeasy craft cocktail trend in 2000 with New York’s Milk & Honey. Today, hipsters and Pinterest boards reap the Mason jar–bearing benefits. Petraske and Tello also launched the Varnish, and Tello developed the 1910s-themed basement wonderland the Edison and whiskey bar Seven Grand. He brought this expertise to Birds & Bees owners Ankur and Dev Desai, who came from New York’s finance scene to open up a hidden-bar concept. 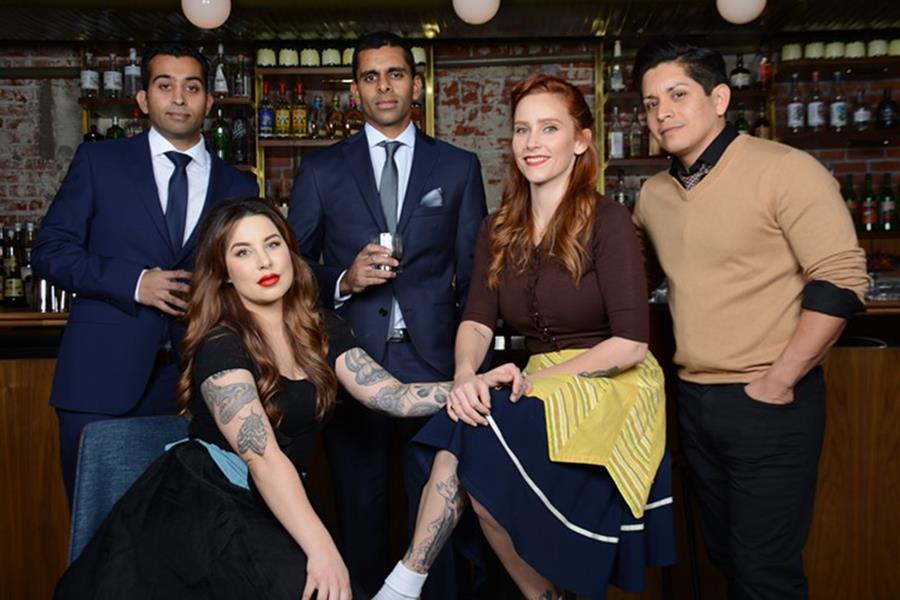 The obscured entrance is only a small part of the overall idea, though. And by the way, the bar is not a speakeasy. Actually, Birds & Bees doesn’t want to be a bar at all; it wants to be a living room.

“I think the ’50s was the last bastion for hospitality in this country,” Tello says. “That was the era of the living room. And so we’ve constructed Birds & Bees almost like a midcentury living room, to host people.”

Ham adds, “It’s an intimacy that has kind of gotten lost through the years; now you go out for drinks” instead of going over to someone’s house. A huge part of recreating that intimacy, of course, comes down to service. 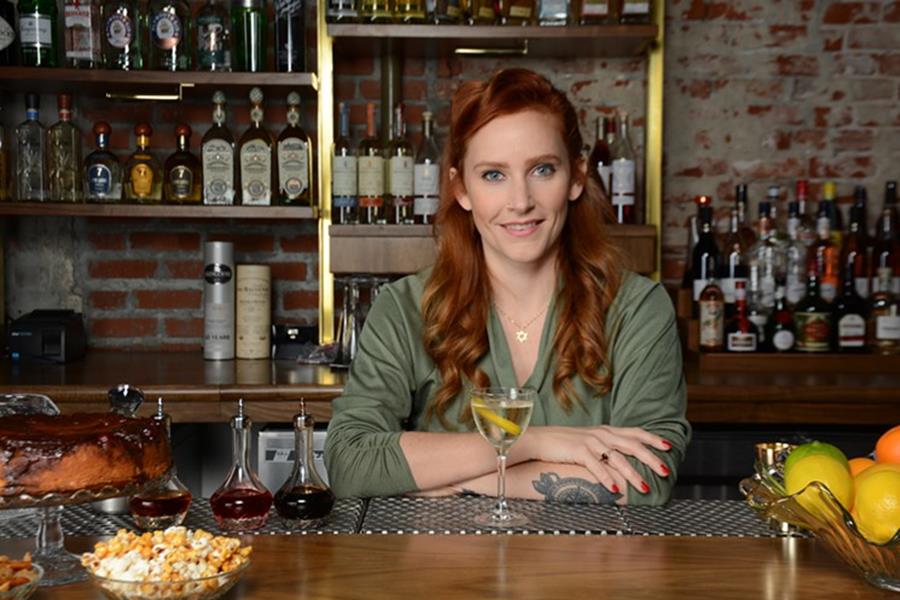 “Nobody comes to a bar because they want to be ignored,” Ham says. “I think [rudeness] is a crappy trend that’s actually breaking now, and I’m seeing a lot more kindness in bartending.” Over the past year, bartenders in New York and L.A. have really become aware of how they’re affecting customers, she observes. For her part, Ham is genuinely, disarmingly warm, and tried her hardest to hire for the same in her staff — even if it meant choosing people a little shy on craft cocktail knowledge. That you can teach, she said; other things, you can’t.

Currently, she’s working on the summer menu. Along with large-format cocktails, “brighter, sipping patio drinks” are on the horizon, she says. This is in contrast to the gin- and cognac-heavy tipples currently on display. Do try her Korla Pandit before it’s gone, made with a masala-infused cognac that’s subtly reminiscent of warm baking spices