If you took a straw poll among chefs on the most finicky dish to prepare in a restaurant kitchen, there’s a good chance that a classic Italian risotto would be on top. Achieving that perfect al dente texture requires babysitting and finesse, and even a small slip in timing means gummy rice, a scorched pan or what could be described as “rice soup.” Some restaurants par-cook their risotto in big batches and finish the dish to order with a flurry of butter and cheese, though even that trick is far from foolproof. Risotto may be a staple of fancy dining rooms everywhere, but few chefs can actually master it.The risotto at Officine Brera, Matteo Ferdinandi and chef Angelo Auriana’s new Northern Italian restaurant, is different. It’s the risotto that other risottos have posters of above their beds. Call it the Steph Curry of risotto.

Auriana’s co-chef, Milan native Mirko Paderno, makes a meanrisotto alla Milanese in particular, a lush plate of saffron-kissed rice surrounding a roasted marrow bone that sticks out from the plate like a chimney stack (the risotto is already so decadent, however, that the added heft of molten animal fat is wholly unnecessary). Even better is the bassa padana risotto, enriched with high-quality Grana Padano cheese and thick slices ofcotechino, a soft, poached sausage that resembles the love child of summer sausage and Spam. Bassa padana — essentially a high-concept rice casserole stuffed with meat — wouldn’t be out of place at the grandest Midwestern church potluck. You’re eating it inside a gigantic warehouse on the eastern edge of the Arts District instead.

Officine Brera, housed in a large, brick-and-steel space with high glass ceilings, is the latest addition to downtown’s growing roster of industrial locations repurposed as restaurants. Its sheer size is staggering, and its location near the foot of the recently demolished Sixth Street Bridge is somewhat odd. The restaurant shares a valet with an adjacent gun range, thought it’s unlikely that the occupants of the Teslas and Range Rovers filling the lot are here to practice their marksmanship.

Inside, the dining room looks onto a large, open kitchen, where flames leaping from a wood-fired oven and grill lend a sense of warmth to the diners cozying up with a glass of Barolo or a fernet-spiked Moscow Mule. Much like Factory Kitchen — the pasta-focused trattoria that Ferdinandi and Auriana opened in 2013 — Officine Brera’s clientele trends wealthy and older, the Drago Centro set transported to a much hipper setting.

The kitchen at Officine Brera is focused on what servers describe as the rustic “peasant cooking” of Northern Italy, specifically the Po River Valley where Auriana and Ferdinandi grew up. For the most part, that means a parade of aged cheeses, hearty ragus and braised cuts. Your meal might begin with a long platter of salty, sage-scented beignets or a plate of culatello, a kind of higher-end prosciutto shaved into thin slices and served with butter. The best salads here are served with long furls of house-cured lardo or soft slices of pickled beef tongue, which come draped over a handful of arugula. Even the few vegetable-centric dishes are enhanced with crispy bits of guanciale or shaved raspadura cheese. 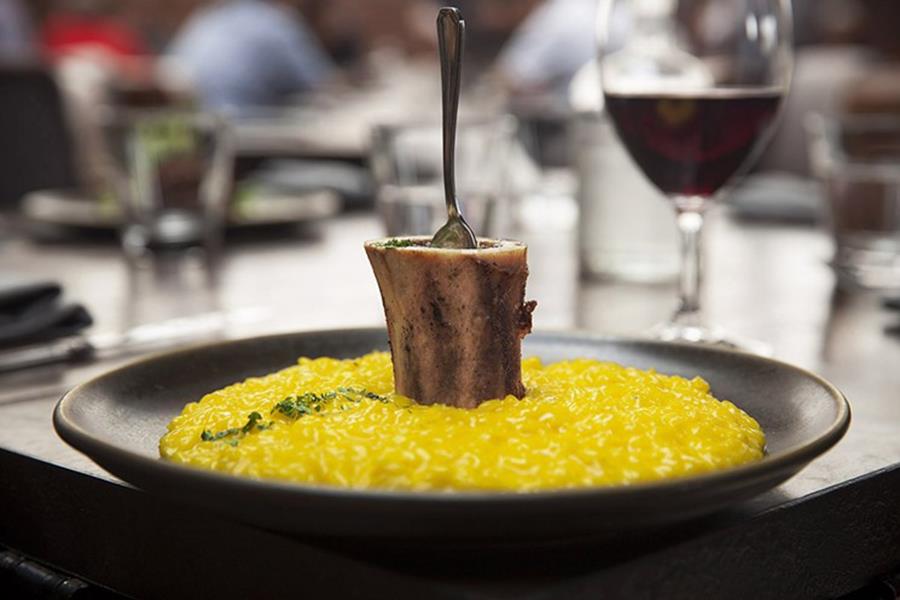 Risotto alla Milanese is a lush plate of saffron-kissed rice surrounding a roasted marrow bone that sticks out like a chimney stack.

You’ll discover the heart of the meal when Auriana’s pastas begin to arrive. Fat, pillow-shaped gnocchi are bathed in a decadent sauce made with funky Castelmagno cheese and showered in black truffle shavings. Itty-bitty flour dumplings called pisarei are paired with borlotti beans and salty nubs of pork for a dense, wintery stew that’s topped with a flurry of Parmigiano-Reggiano. Both dishes are rich and comforting, subtle almost to the point of blandness but somehow engineered to squeeze maximum dopamine out of your pleasure receptors. It’s hard to argue with the basic appeal of carbs and molten cheese.

The rustic theme continues with an array of wood-fired meats, which unfortunately aren’t as consistent as the pastas. The braised beef shoulder with mashed potatoes and roasted carrots is tender but, aside from the salty punch of anchovy oil, there isn’t much to elevate it from a standard pot roast. A whole grilled quail rubbed with sage was more disappointing: dry in the middle and perched atop a mound of polenta in desperate need of seasoning. You’re better off opting for one of the lighter fish entrees, such as a pink snapper filet whose crispy skin and lemon butter sauce were a refreshing respite from the heavier dishes.

If you can manage to save room for dessert, Auriana serves a pretty stellar nouga­tine semifreddo, thawed just enough to allow your spoon to cut through the silky mound smothered in warm chocolate sauce and cherries. There are freshly fried doughnuts, too, coated in anise-scented sugar and served with bourbon caramel — but if you began your meal with those sage fritters, bookending your dinner with two types of fried dough might feel like overkill.

Is it fair to fault the food for being too rich? The culinary history of Lombardy is characterized by heartier foods, and it’s hard to argue with tradition. Unlike more California-leaning Italian restaurants — Osteria Mozza, Bestia or Alimento, for instance — Officine Brera strips away the West Coast sensibility in favor of a much more stick-to-the-ribs style of Italian food. The problem is that many dishes often become numbingly one-note after the first few bites. This might not be an issue if you were to dine with a larger group and share a bunch of plates, but for a party of two the heaviness can wear thin.

None of this detracts from the fact that Officine Brera is a highly polished operation, a grandiose yet welcoming Italian restaurant. Ferdinandi and Auriana’s second act might not have the same broad appeal of their first restaurant, but it’s not without its own indulgent charms, especially if you appreciate the difficulty of a good risotto. 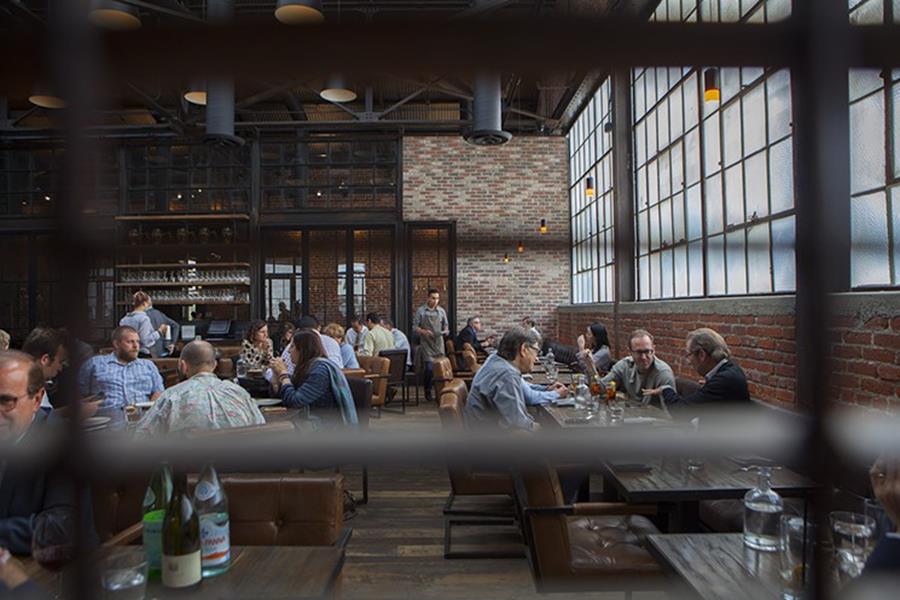